Will COVID-19 Force Us to Finally Accept Telemedicine?

Will COVID-19 Force Us to Finally Accept Telemedicine? 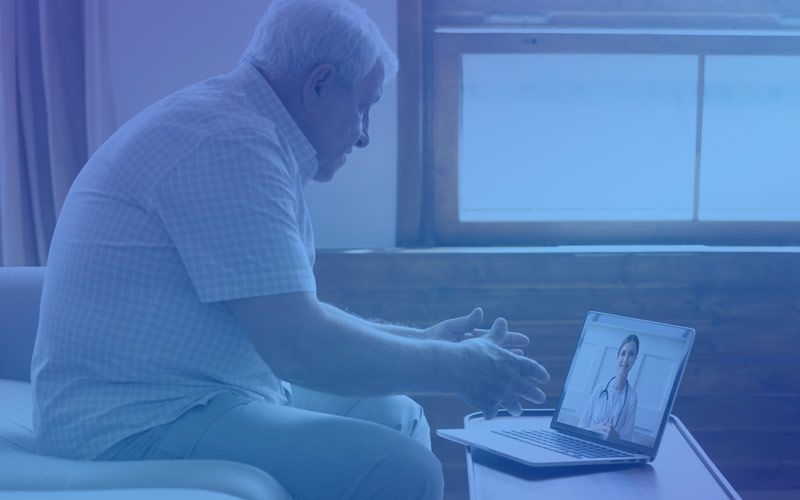 The COVID-19 Pandemic has proved to be a truly strange time for everyone. Patients and providers alike agree social distancing has had its negatives. But perhaps the burden that has been put on society will be the driving force behind moving forward in the implementation of telemedicine.

The idea of telemedicine has been tossed around since the early 2000s, only manifesting in some areas of the country and receiving some push back from traditional physicians. Whether they like it or not, many providers have been forced to see their patients remotely in order to keep the United States health care system afloat during the pandemic. This begs the question: will telemedicine become a more prominent tool in health care after the world has returned to normalcy?

A 2018 study predicted that telemedicine would have an annual compounded growth rate of between 13 and 27%. This corresponds to a valuation of over $20 billion over the next few years (Waller & Stotler 2018). This study is interesting because it concluded before any public knowledge of COVID-19 and before any implication that a pandemic was on the horizon. More recent data is needed to show if these projections have been altered by telemedicine’s increased use during the Era of Social Distancing.

Dr. Judy Allen, an internist at University of Rochester Medical Center, certainly believes so. “We were basically forced into a rapid transition,” says Dr. Allen. When asked whether telemedicine would continue to be used after the pandemic, Dr. Allen responded, “I don’t think we’re going to have a choice.” She emphasized that now that there has been an established method of compensation for doctors using telemedicine in their health care, populations that benefit from it most will still require it, even after COVID-19 has subsided. This includes the elderly, rural populations, and those that have responsibilities with children.

However, it’s important to recognize that switching to telemedicine is not as simple as sitting down at your computer and asking a patient how they’re feeling. According to Dr. Allen, “you can’t look in someone’s ear, you can’t listen to their lungs or rely on their blood pressure follow ups because they can simply say ‘well I checked it at CVS and it was okay.’” This addresses the fundamental issue posed by remote medicine: the lack of hands-on investigation as well as consistency of test results for conditions that need to be monitored like diabetes or hypertension.

…the fundamental issue posed by remote medicine: the lack of hands-on investigation as well as consistency of test results for conditions that need to be monitored like diabetes or hypertension.

Another hurdle determining how telemedicine would be incorporated into the already complex economic conundrum that is the United States health care system. According to the New England Journal of Medicine, only 10 states require that providers be equally compensated for telemedicine and in-person services (Hollander & Carr 2020). This would heavily disincentivize providers in the other 40 states to be open to remote services. If you get paid less for the same amount of time, why would you do it? While Medicare and Medicaid have modified their payment policies to reflect this, it will require policy changes from private insurers as well to really generate any change.

Weighing in on the Benefits of Telemedicine

When directly asked if she would want to continue using telemedicine in her daily care, Dr. Allen said “Yes, in a limited fashion. For patients that are hard to access, you know, on the weekends, or while I’m on call. Maybe in the future, for people that don’t need a hands-on care approach. But for that reason, it will never totally replace the traditional style.”

The post Will COVID-19 Force Us to Finally Accept Telemedicine? appeared first on PEPID Pulse.